I appreciate Lindsay bringing the subject back around to musical utopias—I wrote about the urgency of keeping such visions alive when I reviewed Björk and U2’s albums this month, though her techno-pagan realization of that impulse was far more vital and current than the homilies of the world’s biggest rock band. It’s easy to forget that music itself has a utopian transformation at its core, in how vibrations moving through air at certain frequencies seem to sing to our very cells, both to call up and to cause experiences and emotions. It’s one reason I so often feel renewed when I take the time to catch up with new jazz, such as the Chicago-born trumpeter Jaimie Branch’s extraordinary debut album as a leader, Fly or Die: In that world, the vibration-level mystery of what players call “the music,” with a definite article, is always recognized as an organic technology of survival.

So I’ll close with a stirring example of survival and recovery, a release from the ace crate-digger label Numero Group, Any Other Way. It finally gathers all the recorded music of Jackie Shane. Shane, who hailed from Nashville, was a star performer on Toronto’s Yonge Street R&B scene in the late 1960s (the same set of clubs that gave birth to the Band), as well as on the road. What made her especially notable, besides great country-soul vocals and gleaming stage banter, was that Shane was a black trans woman, though back then she used male pronouns and would have been called cross-dressing or drag. “I live the life I love, and I love the life I live,” she told her listeners from the stage.

But after all kinds of sold-out runs and a local radio hit (the compilation’s title track), she disappeared completely after a show in December of 1971. For years there were rumors that she had been killed, and in local music lore she became all but forgotten. This decade, though, with trans awareness rising, and thanks to some dedicated collectors and researchers, her music and her story underwent a revival: There was an excellent CBC Radio documentary in 2010 by Elaine Banks, and I wrote a long feature about her a few years later. (Though because her own definition of her gender identity wasn’t confirmed at the time, I used her 1960s pronouns and hesitated to label her as trans.) That has culminated with the Numero Group collection, which brings her music to a wider audience at last. 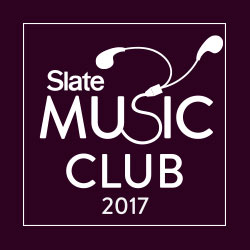 CARL WILSON
2017’s Best Songs, in a 100-Track Playlist
LINDSAY ZOLADZ
No Song Got Me Through 2017 Like “Cut to the Feeling”
CHRIS MOLANPHY
Will This Year’s Latin Pop Boom Last Any Longer Than 1999’s?
ANN POWERS
The Songs That Helped Me Get Through My Grief
JULIANNE ESCOBEDO SHEPHERD
Some of the Year’s Best Love Songs Were Written by Dads for Their Babies
CARL WILSON
The Problem With Country Music’s Shift From Bro Country Toward Beau Country
View More From the Series

The extensive liner notes by Toronto musicologist Rob Bowman include an unprecedented new interview with Shane from her roost back in Nashville, now 80 years old but sounding in the pink and delighted by the attention. She even muses about coming back to Toronto, which she still considers her true home after all these years, to perform again. If you listen to the compilation’s riveting live recordings, which blend the camp caginess of queer culture in that era with a brazenness that feels like the 21st century, you’ll see why that event would be very high on my wish list for 2018. But even if it doesn’t happen, knowing that Shane is safe, sound, happily living her truth, and willing to be appreciated, was a great gift. So many pioneers suffer more dire fates. We’ve all been talking about what music gave us reason for hope this year, and Shane’s does it for me.

Our conversation has done that, too, so my thanks to all of you. And so, to my surprise, has the work I’ve been doing in the background, of compiling a playlist out of your suggestions and my own favorites. We’ve done some shit-talking about playlists and their effects on the musical climate, but it’s buoying to remember that they also offer the old-fashioned, deep-in-the-belly pleasure of making mixtapes or CDs for friends.

To be honest, I’ve struggled to maintain my own enthusiasm for music the past 12 months, along with everything else, so it’s heartening to find there were so many sounds that made a lasting impression. And thanks to you I’ve discovered more. So I’ve called this hundred-track collection (with an all-too-apt Dr. Strangelove reference), “How We Learned to Keep Worrying, But Love the Songs.” It jumps promiscuously between genres—rock, hip-hop, pop, country, electronic, jazz, misc.—but sequenced in a way that’s meant to be listenable and fun. Surely no one but me (not even my Music Club peers) will like it all, but I hope anyone who listens feels their ears prick up at some point and comes across a new potential favorite.

Many of us critics like to talk about “poptimism,” often mistaken to mean embracing the popular for popularity’s sake. What it really means is that wherever and whenever music is being made, including contemporary-hits radio, something delightful can occur if you stay open to it. Despite all the recent reasons to feel misanthropic, music is one of the better reminders that human beings can be pleasant surprises, too. Fingers crossed that there are more of those in the days ahead.

I wouldn’t have it any other way,