Chart: Drug deaths per year and average age at death.
Health and Science has moved! You can find new stories here.

Drugs don’t just kill nearly 39,000 Americans each year—they kill them young. That’s the grim takeaway of a new chart by drug treatment website withdrawal.net, which plots the number of Americans killed by various drugs with their average age at death. As the chart shows, drug overdoses kill more people than car crashes, suicide, HIV, and many types of cancer. People who die of drug overdoses are also younger than people who die of these other causes, with the average age at death of a drug overdose victim at about 39. The average American lives to about 79, which means that drug overdoses claim 40 years of life per victim, or 1.56 million years of life cumulatively each year, according to estimates from withdrawal.net. Drug overdose death rates have been rising for more than two decades, though causes not depicted in this chart, like heart disease, stroke, and diabetes, still kill many more Americans. 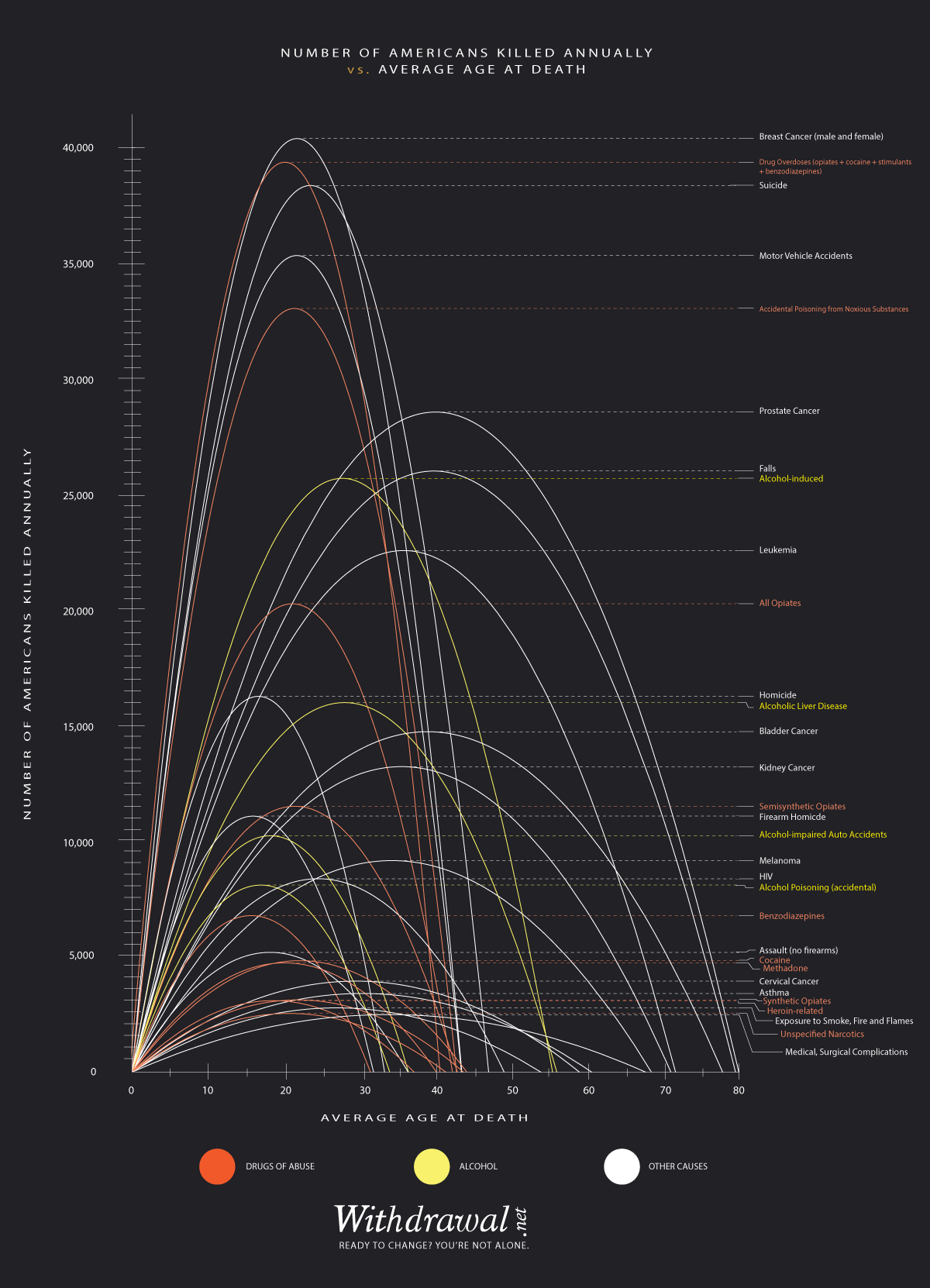 In the chart above, alcohol-related deaths do not include alcohol-impaired auto accidents.