Taboo | So Reviled - presented by FX and SlateCustom 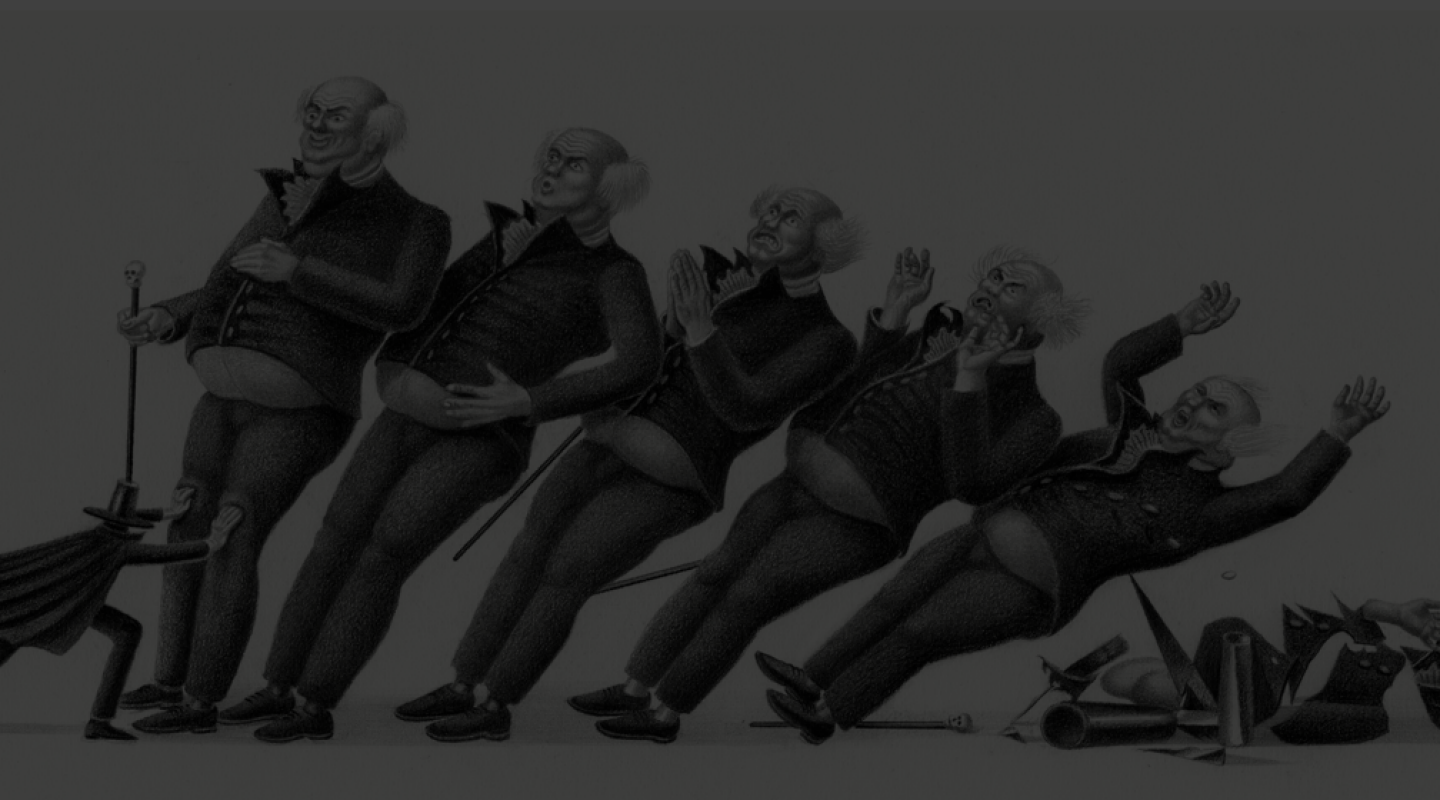 The East India Company was a British corporation of scarcely comprehensible power and influence. After securing its complete dominance of trade from Britain to the East, it governed most of India over a 100-year period in the eighteenth and nineteenth centuries, using a combination of force and flattery to manipulate local officials to its will. And it was all backed by the British government.

Still, it’s not easy to run and sustain an empire, especially when, in the case of the East India Company, political power was only ever a means for a private company to gain access to vast wealth. It faced a constant stream of challenges to its power and authority, including one James Delaney, the (fictional) main character of Taboo, FX’s gripping new original series from creator and star Tom Hardy, who also executive produces with Ridley Scott. In the show, encircled by conspiracy, murder, and betrayal, he navigates complex territories to avoid his own death sentence and take down the company threatening his family’s empire. But who were the East India Company’s other detractors, and what were they plotting?

The obdurate Nawab of Bengal was a major thorn in the side of the East India Company. He was the last in a long line of independent rulers in Bengal, and was a young man of only 23 years of age when he succeeded his father. He disliked the activities of militarized British traders on Bengali soil and his forces took Calcutta from them in 1756. However, dozens of British captives died of suffocation in the infamous “Black Hole” jail—they’d been kept overnight in a small room that was far too cramped and hot, in a fort that had been built by the East India Company. A few months later, the company’s forces, led by the ruthless Robert Clive (who had bribed the Nawab’s commander-in-chief beforehand), fought back hard and took the whole of Bengal after the decisive Battle of Plassey. Clive took the equivalent of around $300 million (in today’s money) from the Nawab, who was executed, and transferred it to the company. (Point, East India Company.)

Prominent men were loudly voicing their disapproval of the way Clive and the company had been conducting their business, on both moral and practical grounds.

The eventual fall of the whole of Bengal resulted in more than a decade of dominance for the East India Company. But as it relied less on trade and more on Bengali tax revenues for its income, it became complacent. A devastating famine, beginning in 1769 and lasting four years, killed millions of Bengalis and dramatically reduced the company’s income. So much so that it would have been bankrupted had it not successfully begged and lobbied for a huge bailout from the British government in 1773. That same year, local protesters in Boston, Massachusetts, destroyed a shipment of East India Company tea from China. The Boston Tea Party became one of the history’s most famous acts of rebellion, a momentous event in the lead-up to the American Revolution.

There was severe disquiet at home, particularly over the company’s clear inability to govern India. Prominent men were loudly voicing their disapproval of the way Clive and the company had been conducting their business, on both moral and practical grounds. Many powerful people wanted it reined in. In his most famous and influential work, The Wealth of Nations, economist Adam Smith argued that its monopoly privileges were at odds with a territorial expansion he felt it could not manage—he didn’t think it made sense for a private company with such a competitive advantage to then become a burden on the state. The great Dublin-born statesman Edmund Burke—author, orator, political theorist, and philosopher—called it ‘this cursed Company” in a speech and worried that its financial problems would drag the government “down into an unfathomable abyss.”

The East India Company and its cronies were now openly regarded as corrupt. In 1788, Burke himself was appointed by the government to impeach Clive’s successor, Warren Hastings, as Governor of Bengal, on charges of looting and corruption. With shockingly modern echoes, Burke didn’t want the people running the company to buy their way into political power in Great Britain.

Sixty years later, the company’s appalling behaviour after the Indian Uprising of 1857 finally gave the British government the impetus to remove its teeth forever. Indians in the company’s army had taken on their employer after many years of grievances. The flashpoint seems to have been a rumor that army rifle cartridges were greased with a product made from pork or beef fat—each considered unholy by Muslims and Hindus, respectively. The rebels were eventually beaten down over nine long months. The East India Company then went too far, even by the brutal standards of the day, when it hanged and murdered thousands of people it suspected of aiding and abetting the insurgency. Lakshmibai, Rani (queen) of Jhansi is perhaps the most famous of all the rebel leaders: She ruled the State of Jhansi in Northern India and led fierce fighting against East India Company soldiers until her death in 1858. She is still revered in India to this day as a symbol of bravery and resistance to colonial power.

Just two years after the Uprising, Queen Victoria was “Empress of India” and for nearly 90 years, the country would be run by the British government, not a group of company directors on Leadenhall Street in London. It would eventually gain its independence—and be partitioned into two countries, India and Pakistan, with great bloodshed—in 1947. The East India Company had helped create the British Empire and delivered its greatest asset: India, the original “jewel in the crown.” But its greed and inability to effectively govern was no longer tolerated and its acts of vengeance and brutality against Indian rebels had been too much for the world’s major superpower. (Point, rebels.) In the fictional world of Taboo, James Delaney will take on the company in 1814, close to the peak of its power. Let’s see how he fares compared to the long line of rebels who tried to take down the corporate behemoth in real life. The odds are certainly stacked against him, but Delaney is up for playing a dangerous game.

Read about the East India Company's ruthless path to dominance and how its business practices could make a comeback today here.