Use the arrows next to the filmstrip to navigate, and click the thumbnails to see bigger versions of all these magnificent pictures! You can also click the big picture to advance to the next one.

Last month, Discover Magazine and Celestron telescopes partnered for the second annual Capture the Universe astrophotography contest. Astronomers submitted about a hundred images made using Celestron optics for the contest, and I was chosen to pick my favorite two; a third was picked as Viewers' Choice by the members of the Celestron website. All of the photos submitted are available at the CelestronImages site.

The gallery here on my blog shows the three winners, as well as seven more images I picked as Runners up; there are no prizes for that, but they do get the admiration of the people who see them. And all these pictures are admirable indeed.

As with last year, picking these pictures was very difficult, but I think you'll agree that they are all amazing, and do what astronomical imagery must do: show us the beauty of the skies above us. 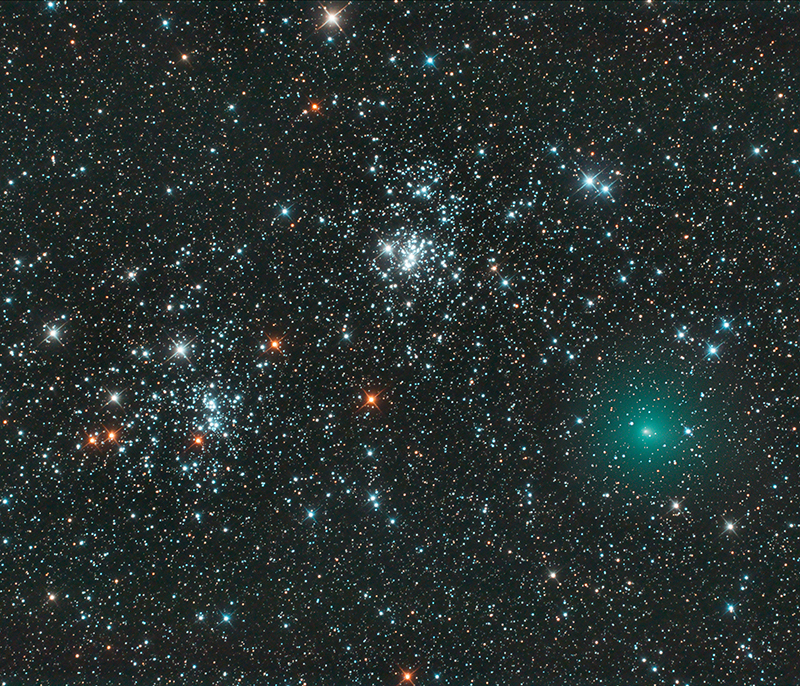 This picture is amazing. The stunning sharpness and beautiful color mapping of the stars and comet are simply perfect. I have observed the Double Cluster hundreds of times over the years, but I have never seen it presented in such amazing manner. It's very unusual for a bright comet to pass so close to a major target, and zAmboni nailed the opportunity to capture it. Don't miss his high resolution version, or the animation he made of the comet's motion either! 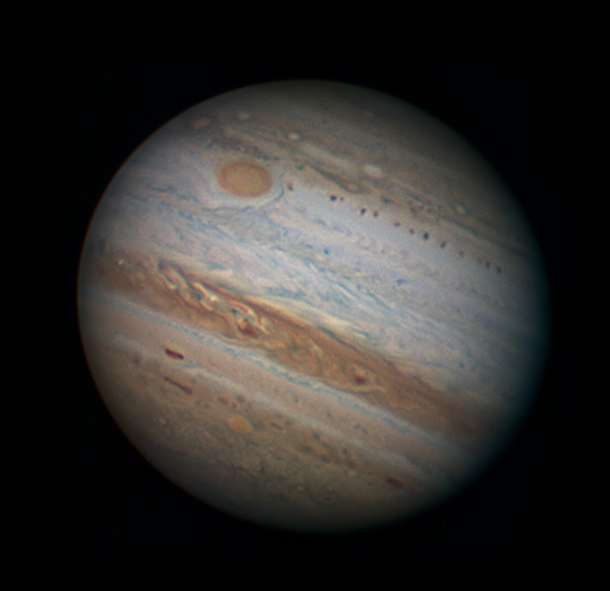 This is an incredible portrait of the solar system's largest planet. A myriad of details can be seen in the cloud patterns, including a very interesting series of dark spots at the same latitude as the Great Red Spot. It's rare to see an image of Jupiter this crisp in anything under a professional-size telescope, making this a very impressive image.

Viewer's Choice Winner: The cyclones of Jupiter by waynej 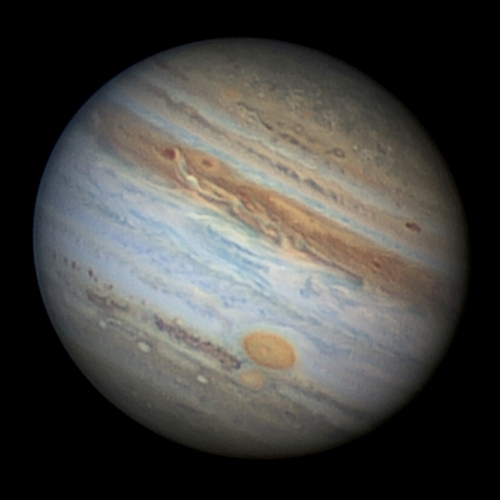 This was the picture picked by the Celestron website viewers, and it's a beauty! It was on my short list as well, and I was happy to see it get picked by the crowd. The detail is impressive - the Great Red Spot is obvious, but so are dozens of smaller storms... of course, "smaller" is relative when you're talking storms thousands of kilometers across! 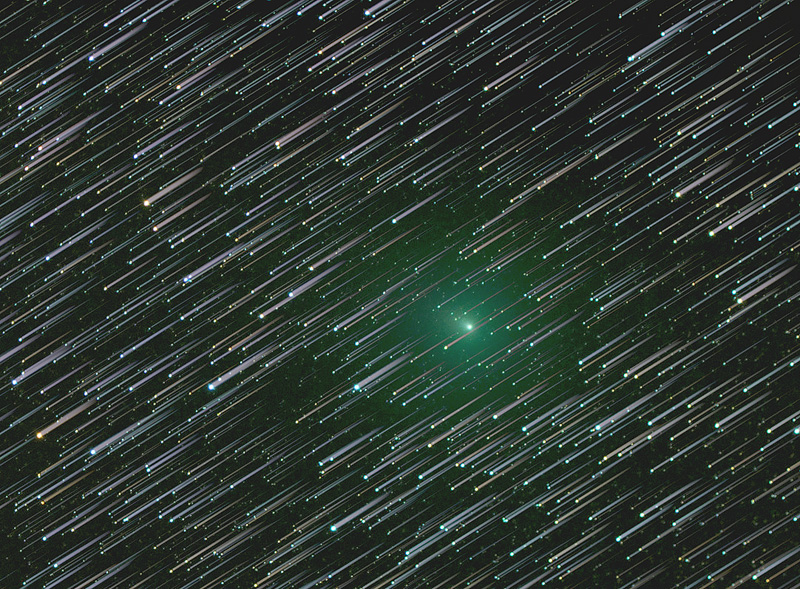 An unusual way to portray the comet, Rich tracked it so the stars streaked. Moreover, a short exposure tracked on the stars gives each trail a "head", adding some sparkle and interest to the shot. 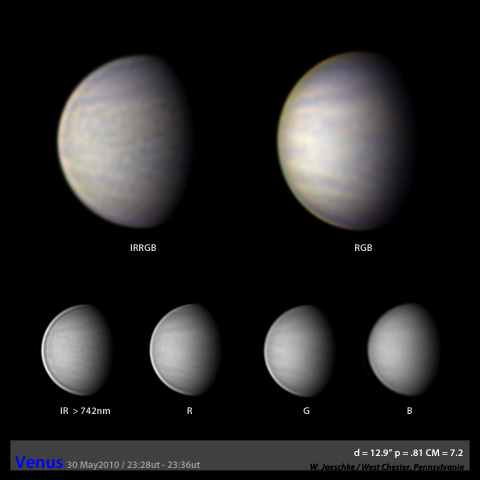 It's rare to get such a sharp and detailed view of our "sister planet", but Wayne took advantage of steady seeing and Venus's high contrast with the sky to capture a red/green/blue (plus infrared!) image of the planet. The faint and otherwise subtle cloud patterns are actually easily seen in his redder filters. 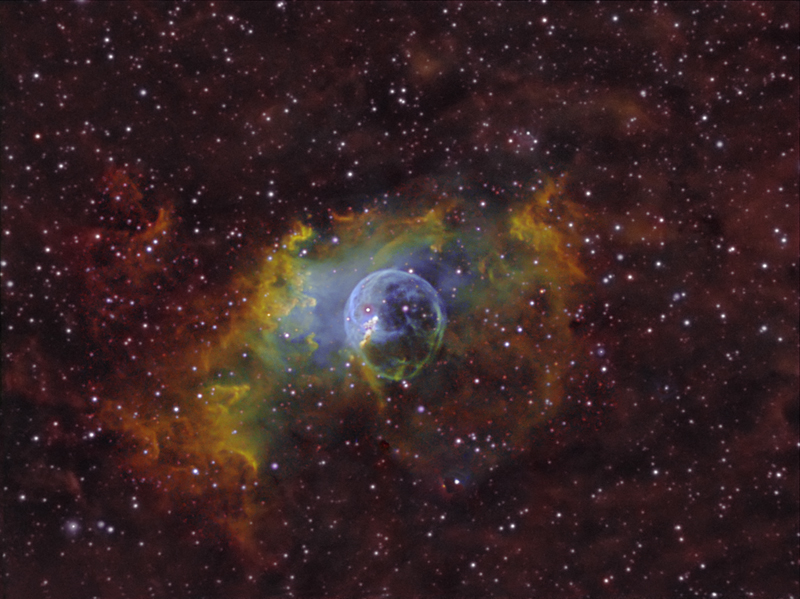 The Bubble Nebula is the result of a hot, massive star blowing out a fierce wind, as well as ionizing the material in the molecular cloud surrounding it. By using several narrow band filters, ttsounis was able to pick out the various flavors of elements making up the gas, including hydrogen, oxygen, and sulfur. "Fingers" of material, towers being eroded by the stellar wind (as in the famous Pillars of Creation M16 image), are obvious in the picture as well. 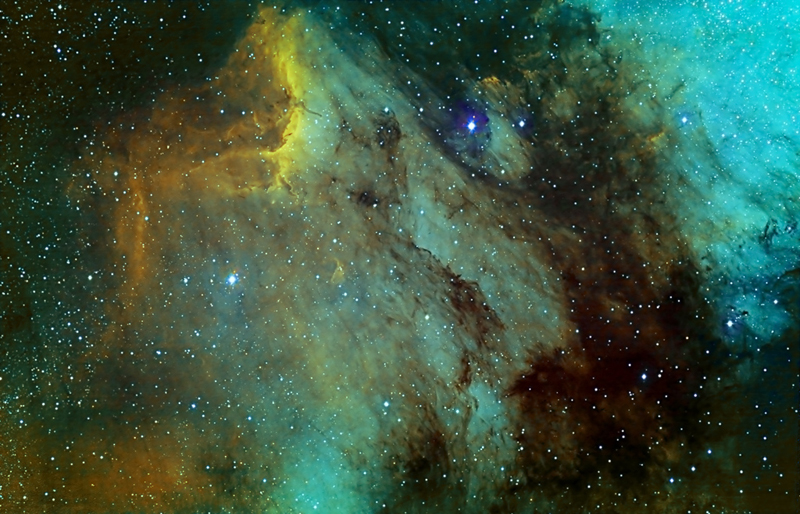 Maybe I'm biased since he used a Hubble color palette, but this image of the star-forming Pelican nebula in Cygnus is really quite lovely. Sheets of gas and eroding towers of denser molecular clouds are obvious in the details, and the overall sweep and size of the image are beautiful. His shot of the Cat's Eye Nebula is also worth looking over! 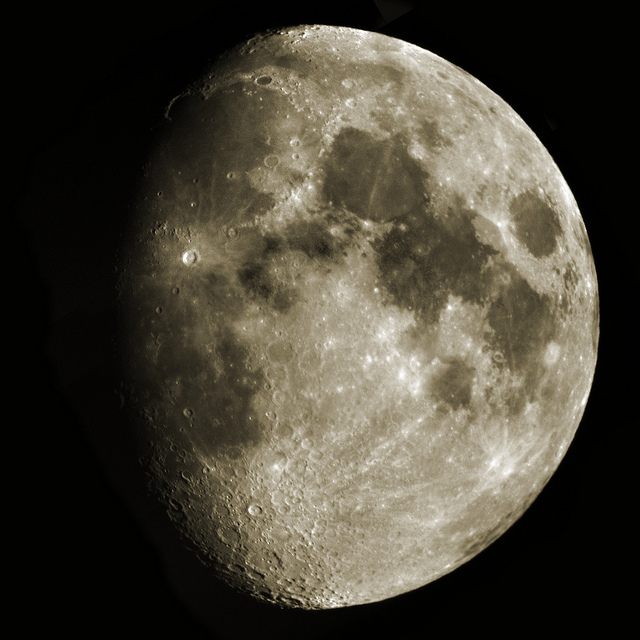 I'm a sucker for a good Moon pic, since I spent hundreds of hours at the eyepiece as a kid trying to get a good shot of it myself. I like the color and feel of this mosaic; the slight grain gives it an old fashioned feel, and the sepia-like tone adds to the ambiance. 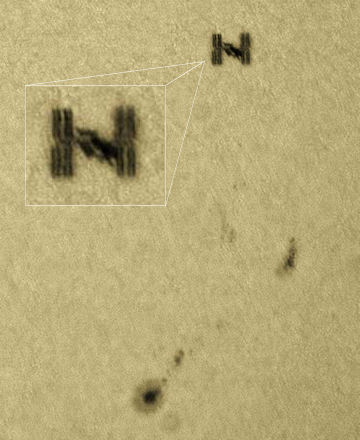 Pictures of the ISS transiting the Moon and Sun are common, but that belies just how difficult these shots are to get; quite a bit of planning and literally split-second timing are necessary. In this picture, happenstance put the station next to a similarly-sized sunspot, adding some contrast to this remarkable exposure. 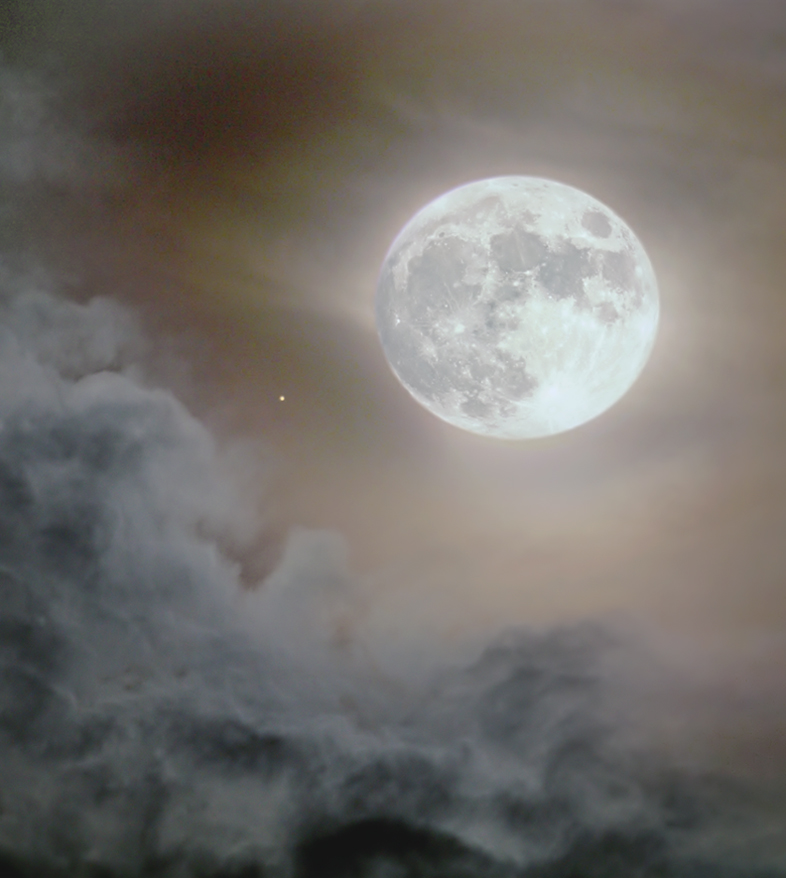 This shot may look odd to some people, but that's because it's a composite: a short exposure of the Moon overlaid on to its position in an exposure long enough to show the clouds and the red supergiant star Antares. These folks may claim the picture's not fair, but pretty much every astronomical picture involves co-adding several exposures, many of which are done to show faint and bright material at the same time. Perhaps we react because this is a wide-angle shot that is something we're used to seeing differently with our unaided eyes... but I wouldn't want that to prejudice anyone against this ethereal and wonderfully near-magical shot.