There are a lot of naysayers when it comes to the benefits of marriage, but Linda Waite isn’t one of them. Waite, the Lucy Flower Professor in Urban Sociology at the University of Chicago, is the co-author of The Case for Marriage: Why Married People are Happier, Healthier and Better Off Financially, which makes the argument that marriage encourages all sorts of positive changes in peoples’ lives. She has also studied cohabitation, an increasingly prevalent phenomenon in the United States.

In our interview, Waite discussed her views on family structures and marriage.

How are family structures changing in the United States?

It used to be, a hundred years ago in this country, that lots of people ended up single and lots of children didn't live their whole lives with both their parents because so many died. Lots of people had stepparents because their mother or father was dead. Families were pretty big.

Now that doesn't happen. People are living to become grandparents and great grandparents much more often than they used to. In addition, family size is low and fertility is low, so what you then get is a family structure that's sort of like a beanpole or flagpole. You've got a small child generation, a small parent generation where at most your mother and father have one sibling, and those siblings don't have many children so you don't have many cousins. You don't have any siblings yourself, or perhaps you have one. But maybe your grandparents are alive and possibly some great grandparents are too. That means the family reunions are going to include older people and not so many people your age.

Does this beanpole structure create economic benefits for the country at large?

Kids are expensive and if there are fewer children then you save the money you'd spend on nannies, pre-school and all that. But with an older population, you have people who tend to get sick and can cost a fortune. In the U.S., we spend more public money on the old than on the young. Unless we change how we do things it's going to be expensive to have an older population.

What do you think the implications of the beanpole structure are for the oldest generation?

They're not going to have, for instance, three daughters who might take care of them as they get older. It used to be that most of the care of older adults was done by their families. But more of that is falling on 65 year olds now who have 90-year-old mothers, and they're the only ones to do it.

The older generation is living longer. Some of them are in great shape but most of them aren’t. They're getting dementia, they're getting diabetes, and their bones are frail. If you have somebody in your family that lives that long, the care for that person is falling on a small number of people who are of retirement age.

How about the impact on the younger generations? If grandparents live longer and some are healthy, will they then be able to take better care of their grandchildren?

Yes, though it's not incredibly common. Healthy grandparents with resources do what you might call some babysitting here and there or take their grandchildren for a day, but those kinds of grandparents don't take their grandchildren in to live with them. More commonly, they'll help the parents to pay some of the costs. They may help with college tuition. If they're not providing physical care, they're often providing money.

Less than a quarter of American households are made up of married men and women and their children. What are the economic implications of the rise of other types of families, including those made up of stepparents, single parents, and unmarried couples?

Stability is a great savings plan and instability is a huge resource suck. If you have a couple that gets married and stays married then they get the economic scale of two people living together. On average, stable couples spend their money in ways that facilitate savings and asset accumulation. So people who’ve been married their whole lives have a lot more resources than people who haven't.

Divorce is an especially big resource destroyer. Both the process and then being divorced are associated with assets lost. As a result, all of these family changes make it harder for more families to get ahead financially. People who cohabit tend not to share income. They might both pay some of the expenses, but they don't pay for the other persons' expenses, whereas married couples do. If your mother is living with somebody, that person is probably not paying your college tuition. But if she marries somebody and stays with him, he might.

Possibly, but when was the last time you asked your brother to give you a hundred thousand dollars with any expectation that he would? Siblings don't tend to give each other money. Parents give kids money. They might give you the down payment for your house. Your grandparents might. But siblings don't do that for each other. That's just the way things work in American society. Even rich siblings tend not to pay much for their poor sibling unless they're mentally ill or there's some good reason. So having more stepsiblings around is not necessarily good for your finances.

When it comes to having your parents in a second marriage, it depends if it sticks. If it does, then they sort of turn into a married couple with more resources and it may be good. It's always good for your parents to have more resources, all else equal, because the flow of resources tends to be down the generations.

You’ve done a lot of research on the benefits of marriage. Do married people live longer?

There's no question about it. On average, married people live longer than people who aren't married. It's a bigger difference for men than for women, but it exists for both men and women. And we even know a lot of the mechanisms. People who are diagnosed with cancer at a particular stage live longer post-cancer if they're married than if they're not. At least 10 years ago hospitals doing transplants would put people who were married higher up on the list because they were more likely to survive.

First of all, married people have more money. For women, that means they live in better neighborhoods, they have better health insurance, they have better food and they have less stress. Single men tend to have lives, on average, that are not very healthy. They don't eat very well, they don't sleep regular hours, they drink too much, they do drugs too much and they have too much risky sex. For both men and women, mental health is better for the married. There's a huge body of research showing that it makes a difference to have somebody to talk to about things that bother you, somebody to call if you get stuck in a ditch, somebody to fix the door or the toilet or somebody who's going to make sure you get to the doctor. In addition, when people are married or in a long-term partnership, they can be motivated to take better care of themselves because what happens to them matters to somebody else.

If people live longer does that mean they're more likely to stay married for a longer amount of time?

Not necessarily. I was just reading a paper from another country that found an increased risk of divorce during the month after people retire and shortly thereafter. The people writing the article argued that you might be able to stagger through if you create some distance when you're not getting along, but it’s harder when you’re no longer working.

In the case of people who get divorced as soon as they retire, are we then going to have single people living longer post-retirement lives?

There is a big increase in cohabitation among people who are older ages. People think that's driven in part by people’s unwillingness to get involved with wills and prenuptials and bequests to their kids. Those things could be muddied by a marriage later in life.

Do you think the number of older people cohabitating will increase as life expectancy increases?

Yes, I do. I think a lot of people might have wanted to be married to have children, but it doesn't matter so much to them to be married when they're not going to have children, and when they're probably only going to live with this person for 10 years because one of them is going to die. The question is how many people will just stay single and maybe sort of date, or have a special friend who lives somewhere else?

Can you describe the economic impact of older people cohabitating?

Mostly it's good. People who are single who then move in with somebody else, whether it's a sexual partner or not, could cut their living expenses because they could share a kitchen, a TV, heat and electricity, and cooking responsibilities. Cohabitation is a sound economic strategy. 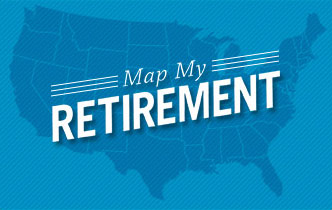