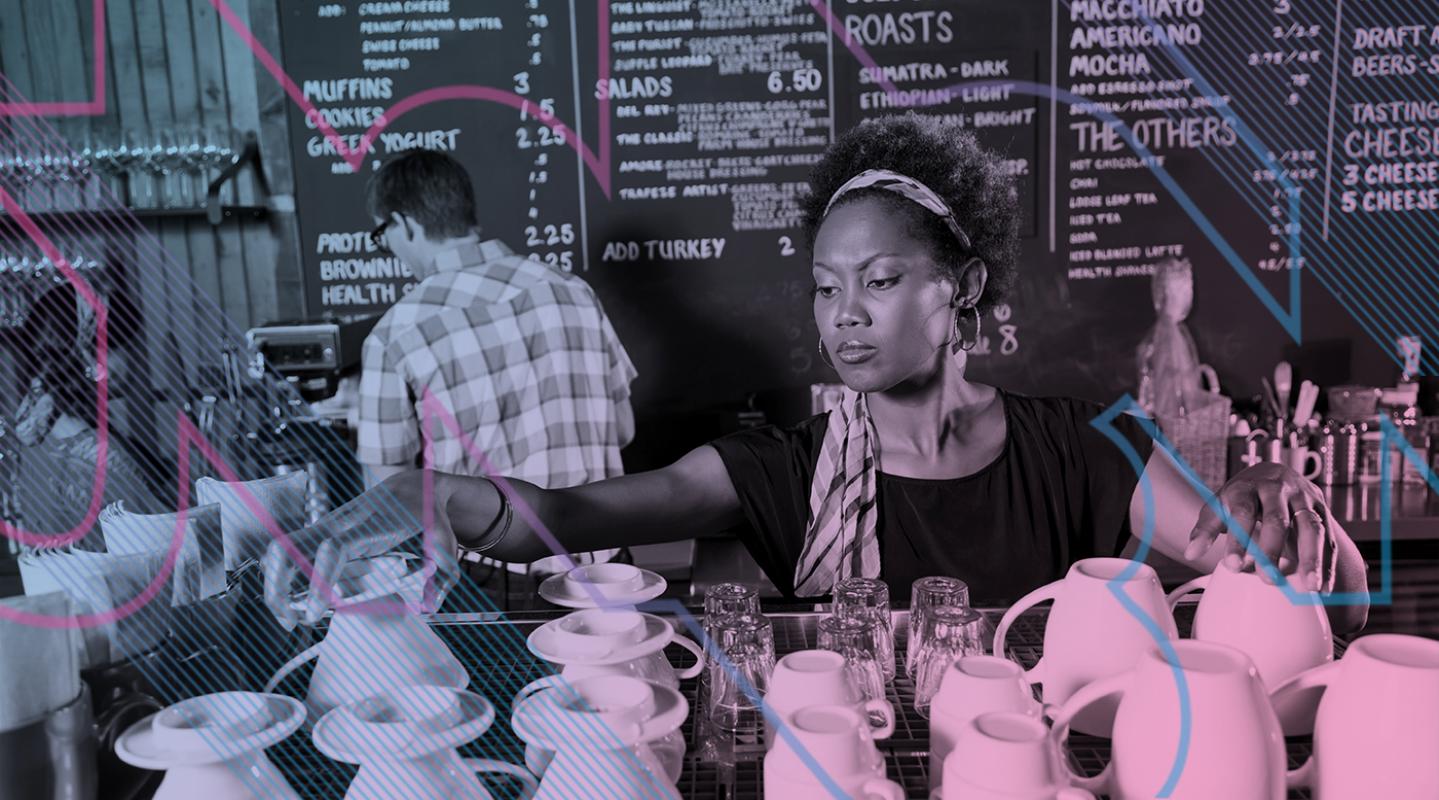 Claudia Chi Ku is a single mother of four who works as a server, food-runner, and bartender at a popular Mexican grill in Los Angeles. Like many in the restaurant industry, Chi Ku faces sexual harassment daily, while averaging just $10 in tips per shift.

Customers often ask for her phone number and make suggestive comments while she takes their orders. She tolerates more than she might otherwise because she needs the money.

“I’d rather have a reasonable wage that I know for sure I can count on, every time I work,” she says. “Some customers leave only a dollar, some don’t leave anything.”

A Culture of Harassment

There are more than 11 million restaurant workers in the United States, and many of them have stories similar to Chi Ku's, said Saru Jayaraman, director of the Food Labor Research Center at University of California at Berkeley and co-director or the Restaurant Opportunities Centers United (ROC-United).

The food service industry is notoriously hard on its workers, in part because the federal minimum wage is just $2.13 for people who earn tips, Jayaraman said. Only seven states have eliminated the two-tier system meaning they have one minimum wage for both tipped and non-tipped workers.

Those rock-bottom earnings all but guarantee a climate in which food servers put up with customer harassment just to eke out a living, she said. Unlike what many people might assume, most restaurant workers aren’t serving expensive meals in fine-dining establishments. Rather, they’re on the front lines in chains like Denny’s, the Olive Garden, and Applebees.

But this could be the year that Jayaraman and other activists begin to topple the so-called "tipped minimum wage," which they believe sets the table for poor working conditions in the food service industry.

Jayaraman, a professor and organizer with degrees from UCLA, Harvard, and Yale Law School, has had the issue in her crosshairs since 2001 when she joined with former World Trade Center restaurant employees to found Restaurant Opportunities United (ROC). The advocacy group has since grown to 13,000 members in 32 cities nationwide.

Over the last few years, she and members of ROC have gone up against the National Restaurant Association (NRA) to abolish the tipped minimum wage, a campaign that is the focus of her 2013 book Behind the Kitchen Door.

As bad as Chi Ku has it, conditions could be worse. California, where she works, is one of one of the states where restaurant workers earn the same minimum wage as non-tipped workers. Jayaraman's research shows that this baseline wage makes an important difference in the work environment.

From Sticky Floors to Glass Ceilings

In a survey of 900 restaurant workers across the country, 90 percent of them reported experiencing sexual harassment, Jayaraman and ROC found. But, “they were experiencing it at twice the rate in states with lower wages for tipped workers,” she said.

"We also learned that managers were encouraging them to objectify themselves – to wear more make-up, to show more cleavage – at three times the rate in states like New Mexico, where the wage is $2.13, than in states like California.”

In this sense, Jayaraman’s work is not simply to address poverty: She’s combatting forces that further discrimination and sexual harassment.

While on tour for Behind the Kitchen Door, she was approached by women from all over the professional world who pointed to jobs in restaurants as their first experience with gender-based discrimination and harassment.

“They’d say, ‘I’m a successful woman now, and I’ve been sexually harassed recently on the job, but I didn’t do anything about it because it was never as bad as it was when I was a young woman working in restaurants,’” Jayaraman said. “So we realized that there are millions of women who’ve gone through this industry in high school, college, or graduate school as their first introduction to the working world. This is how we show young women what’s acceptable and tolerable in the workplace.”

Jayaraman and ROC also looked at the economic implications of ending the tipped minimum wage and found evidence that it could spur growth, rather than harm it.

They compared the states that had eliminated the lower wage – California, Oregon, Washington, Nevada, Montana, Minnesota, and Alaska – to the 43 that still have it and found an abundance of data to support their campaign.

“We found that [states where everyone earns the same minimum wage] were fairing better on every measure,” she says. According to ROC, these states have experienced above-average employment growth, an increase in per capita restaurant sales, and even higher rates of tipping. Their findings undermine the NRA’s argument that upping wages will put restaurants out of business and stop customers from tipping.

Sustainable Wages: Finally on the Menu

After years of hard work, ROC's efforts to abolish the tipped minimum wage are finally paying off, Jayaraman said. Lawmakers in seven states, including Washington D.C., have introduced legislation to end it.

“It’s looking like we might actually get one of these states to eliminate the lower wage this year. So the change is palpable,” she said.

It comes amid a national dialogue about the millions of working families who earn poverty-level wages in service sector jobs, and the consequences of that on society at large. Fast-food workers have begun campaigning for improved wages, and battles to raise the minimum wage are underway in nearly half the states in the union.

Against that backdrop, workers rights have taken on a new level of importance within the food movement.

Jayaraman’s proximity to the Berkeley Food Institute, for instance has allowed her to connect with food luminaries such as New York Times food columnist Mark Bittman, journalist and author Michael Pollan, and New York University nutrition professor and author Marion Nestle, all of whom have begun speaking about the working conditions in the food industry.

“Ten years ago we were having a real hard time connecting labor issues to the food movement. Now the movement is recognizing that this is a top priority,” Jayaraman said.

Foodies are finally connecting the dots between sustainable food and sustainable wages she said, and as a result, the momentum for change is accelerating.

“It’s a moment of more extraordinary social upheaval and rising expectations among workers than I have witnessed in my 20 years of organizing,” she said.