California Coffee - presented by University of California and SlateCustom 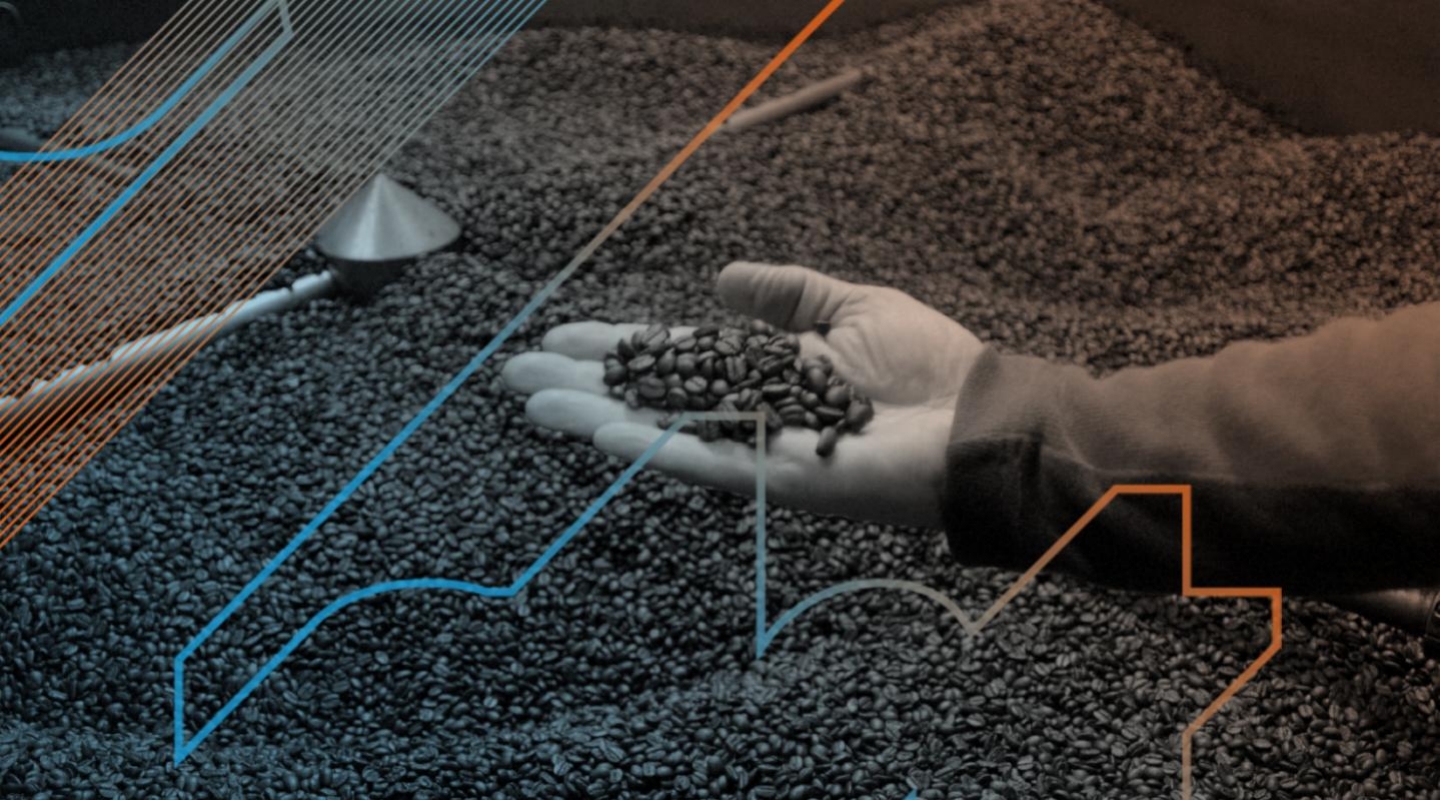 Who knew coffee could grow in California? Traditionally, coffee is an equatorial crop, thriving not in Mediterranean climates like California, but in tropical countries like Brazil, Ethiopia and Indonesia.

Yet efforts by Southern California farmers to grow the beans have been brewing for a while, and the resulting caffeinated cups are meeting with critical—and consumer—acclaim. Is Golden State Joe the next wave in coffee consumption?

California coffee-growing trailblazer Jay Ruskey thinks so. Ruskey is no stranger to farming exotic fruit. He counts cherimoya, yuzu, dragon fruit, goji berries and finger limes among his crops. And for the past dozen or so years, Ruskey’s Good Land Organics in Goleta, California, has grown coffee plants as an experimental companion crop to existing avocado trees. His grower’s gamble paid off: These days a cup of Ruskey’s specialty brew sells out at the Santa Barbara Farmers Market and there’s a wait list for his premium beans too.

Ruskey has a partner in his beans and brews project. The coffee growing trial is a collaboration between the long-time farmer and Mark Gaskell, an expert in crop physiology and production, at the University of California’s Division of Agriculture and Natural Resources, Cooperative Extension. Gaskell serves as an advisor to small farms like Ruskey’s 42-acre venture; as part of his work he counsels on R&D specialty crop projects in Santa Barbara and San Luis Obispo counties. Gaskell, who sourced Ruskey’s first coffee seeds, convinced him to give a feasibility study a go. Ruskey counted on his fellow coffee lover’s expertise to get the crop off the ground. “It was challenging to begin with—there wasn’t a lot of information available about how to grow coffee successfully here because it hadn’t been done before,” says Ruskey. “But we have a pretty good track record with experimental crops.”

While coffee plants in Southern California can grow in full sunlight when planted alone, they also do well when planted in an established avocado orchard because the crops have similar needs in terms of soil, nutrients and water. These days, Ruskey’s greatest crop concern is the state’s drought, which has every farmer worried, regardless of what they grow. But planting alongside avocados can reduce the amount of irrigation coffee crops need. He now grows 1,500 coffee bushes at Good Lands, including 15 varieties of Arabica type, most commonly Typica, which result in high yields and a superior sip.

Gaskell had a hunch things would turn out well. He knew from his own field research that at higher altitudes in the tropics farmers could grow premium coffee.  These microclimates, he noted, were very similar to the conditions on farms like Ruskey’s in Southern California. He’d also observed firsthand the success of coffee farms in Kona, Hawaii. An idea began to brew for this coffee devotee, who confesses he likes his morning beverage with milk and sugar. That’s when he got Ruskey involved. “This project would not have succeeded without Jay’s understanding of the concepts and willingness to follow through,” says Gaskell. “It’s a long-term commitment because it takes four to five years before you start to get back meaningful results.”

Making a quality caffeine beverage is a labor of love

There’s a lot more to making a good brew beyond growing beans and boiling water. It begins with a ripe red cherry hand picked from the plant that’s then transformed into a dried green bean. “After we learned we could produce a crop, we needed to evaluate options for processing the cherries which requires management and can radically affect the quality of the coffee,” Gaskell explains.  “It involves an elaborate process of depulping, fermentation, drying and dehulling.”  Gaskell helped with the infrastructure: On a trip to Bolivia in 2006 he purchased a hand-cranked coffee depulper; it was later modified with a motor to handle bigger yields. He also tracked down a small-scale dehuller and drying racks. Such equipment is necessary for serious on-site coffee production.

It’s a time- and labor-intensive process. First harvested cherries, each containing two beans, are put through a depulper, which removes their thin skins. Then they’re soaked in water for a day or two, during which fermentation occurs. Next, the cherries are spread on drying racks for 10 days to three weeks, depending on climate conditions. Then comes a three-month “rest period” in storage, resulting in the dried green beans. After that, a thin layer of parchment is ground off the green bean with the dehuller. Finally, the processed bean is ready for roasting. “At the beginning we just wanted to see if we could grow a quality crop,” says Ruskey. “Then we had to learn through trial and error how to turn that raw ingredient into a processed bean that results in a really good cup of coffee. Half the work is post-harvest.” His first farmers-market forays began back in 2008; by 2010 he had a reliable supply of beans—and more demand than he could meet.

Gaskell has a track record introducing new crops to California farmers. He played a key role in the 1996 launch of blueberry bushes in the Golden State, where they are now widely grown. In 2014 California became the number one fresh blueberry producing state in the United States for all North American markets.  This agricultural oasis has a long and accomplished record cultivating crops from elsewhere that become major industry players here: Think avocados from Mexico, dates from Morocco and oranges from Brazil. Most California specialty crops—pistachios are another success story—have been developed as a result of UC Agriculture and Natural Resources field research and collaboration with growers like Ruskey, whom they counsel on best varieties and practices.

California beans: The next new wave in coffee

Ruskey, who leads coffee education and tasting tours on his property during harvest season, is the first farmer to sell locally grown, organic coffee in California. But he won’t be the last: He and Gaskell are working with other local coffee growers and foresee a day when the Santa Barbara coast roast is widely available to java junkies near and far, along with other hyper-local blends. More than a dozen Southern California farmers have planted coffee crops to date, with growers as far south as San Diego jumping into the bean business. In addition to what’s in the ground at Good Lands, Ruskey says another 7,000 coffee plants are grown on partner farms in California.

Ruskey’s timing is good: Consumers are willing to pay handsomely for quality caffeine. His coffee can fetch $60 to $80 a pound on the international market, with much of it being sold in Asia. Locals can scoop up a five-ounce bag for $30. In 2014 he harvested around 500 pounds of coffee beans; this year he expects to double his production. Coffee Review called his coffee a “pungent, deep, sweetly nut-toned” and “exceptional” brew. It was selected by the guide as the No. 27 coffee in its Top 30 coffees for 2014 and dubbed “a curiosity from close to home, this first-ever California-grown coffee is impressively balanced, deep and quietly intricate.”

The new UC Davis Coffee Center is keeping close tabs on Gaskell and Ruskey’s java adventures. The center brings academics from a range of disciplines including food science, plant genetics and coffee chemistry to share research on coffee, the second most widely traded commodity crop in the world.  Also one of the most popular beverages around the globe, coffee has seen strong growth in the niche, so-called Third Wave coffee market, in recent years.

“Coffee has fallen through the cracks as an area of research. We don’t know a lot about its genetics, for instance,” says J. Bruce German, director of UC’s Foods for Health Institute, where the center is housed.  “But that’s beginning to change as we pool resources to study this crop. Stay tuned. It’s getting interesting.”