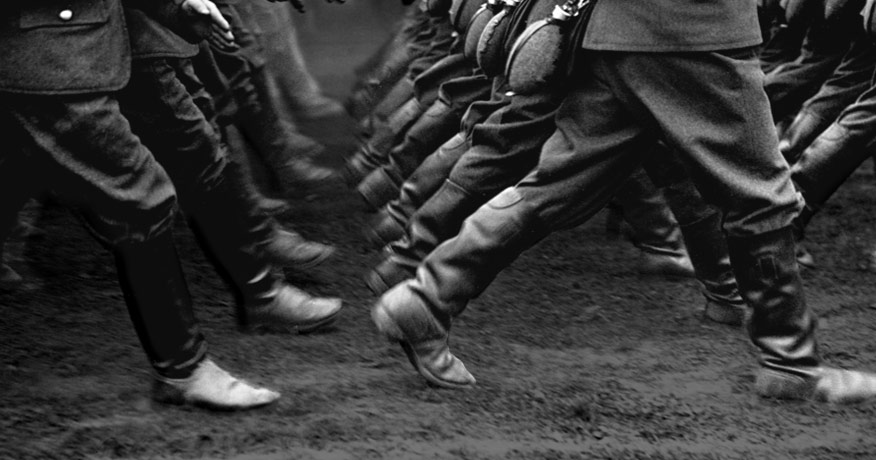 Ever since Donald Trump emerged as a serious contender for the Republican nomination last year, opponents have leaned on the term fascist to describe him. But what does that toxic word really mean?

Join Slate staffers Rebecca Onion, June Thomas, and Joshua Keating for a Slate Academy that travels back in history to find out what fascism looked like in the 20th century, then uses that knowledge to examine America and the world in 2017.

Follow along with book excerpts, links, and primary sources, as your Slate hosts read about the history of fascism in six countries, then interview historians and archivists who help shed light on what we’ve learned.

Read Rebecca's introduction to the series.

Let me know when new episodes are available.

In the first episode, we speak with Ruth Ben-Ghiat, historian at New York University and author of Fascist Modernities: Italy, 1922-1945, about the inception of fascism in Benito Mussolini’s interwar Italy.

We discuss what happened in Spain, where a fringey fascist movement without much political power got folded into one of the longest-lasting dictatorships of the 20th century. Brian Bunk, historian at UMass-Amherst and author of Ghosts of Passion: Martyrdom, Gender, and the Origins of the Spanish Civil War, helps us sort through the many twists and turns of this history.

Following our discussions of fascism in Italy and Spain, Fascism: A Slate Academy arrives at an eastern example: Romania, where the movements of the 1920s and 1930s were particularly bloody, mystical, and anti-Semitic. We turn to Radu Ioanid, historian and archivist at the United States Holocaust Memorial Museum and author of The Sword of the Archangel: Fascist Ideology in Romania, to try to understand the difference.

We arrive at the fascism that looms above all others: Germany’s National Socialism. We talk to Yale historian Timothy Snyder, author of Black Earth: The Holocaust as History and Warning, about the ideological underpinnings of the Nazis’ particular brand of fascism.

Episode 5: Britain and the U.S.: It could have happened here

In our fifth installment, we look at the small, but significant, smattering of fascist movements that took root in the United States and the mother country in the time before World War II. We interview Nancy MacLean, historian at Duke University and author of Behind the Mask of Chivalry: The Making of the Second Ku Klux Klan, to find out more about fascism’s hold on the American mind in the 1920s and 1930s.

Episode 6: Fascism Today: Where are we now?

In this final episode, we pull together all of the histories we’ve read, and try to determine how much we can, or can’t, use history’s example to understand what’s happening today. NYU historian Ruth Ben-Ghiat, an expert in Fascist Italy and our guest for our first episode, rejoins us, to help sort through comparisons and implications.