American is becoming a majority-minority nation. It’s already happened in our public schools 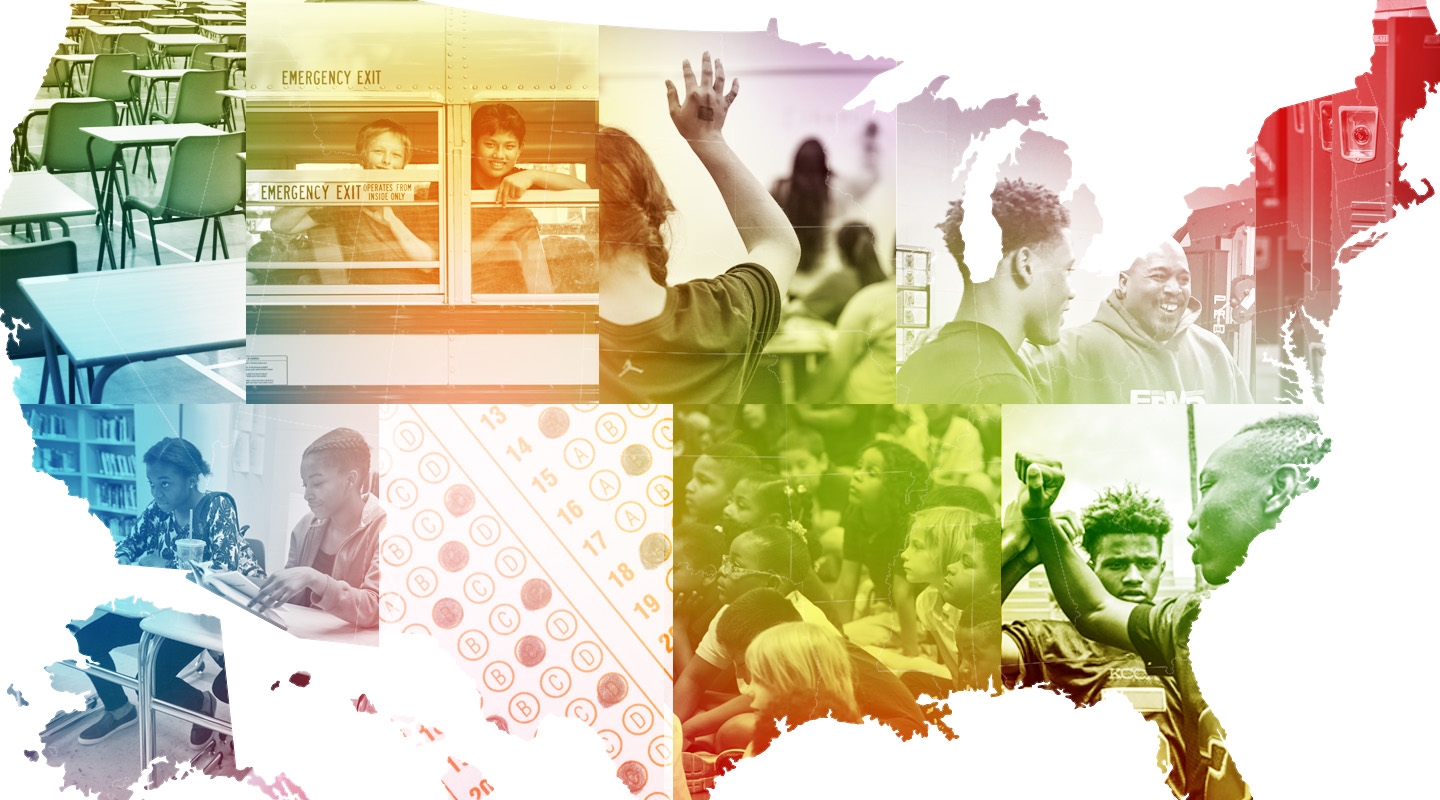 If you want to know what America will look like in a generation, look at its classrooms right now. In 2014, children of color became the new majority in America’s public schools. Over the last 20 years, the number of Hispanic public schoolchildren has more than doubled, and the number of Asians has swelled by 56 percent. The number of black students and American Indians grew far more modestly—but the number of white students fell by about 15 percent.

The majority-minority milestone has arrived in our public schools early—a consequence of white children’s overrepresentation in private schools and the relative youth of America’s black and Hispanic populations. It is not a fluke. It is a preview of a transforming country.

Demographers predict that non-Hispanic whites will make up less than half of the country’s population by 2044, if not before. This change will affect not just our workplaces and our institutions but entire communities the country over. It will also transform our politics—in fact, it already is. Donald Trump’s success in the Republican primaries testifies to the growth of white-identity politics based on a fear of an historical “other” upending the established order.

We live in a country where minorities frequently face worse outcomes than their white counterparts and where racial fault lines cut deeply through our public life. Right now, schools and school systems across the country are confronting a question that our society at large will need to answer in the coming years: Do Americans have the will and understanding to build a more inclusive, and less deeply segregated, nation? In many parts of America—urban, rural, and suburban—that will require a radical upending of the status quo.

We’ll have to overcome challenges old and new: how to educate kids who increasingly come from impoverished and traumatic backgrounds. How to communicate with students who speak languages as diverse as Spanish, Russian, Bengali, and Tongan. How to avoid mirroring the racism of America—our disproportionately harsh treatment of black males, for example—inside schoolhouse walls.

Schools have long been battlegrounds where broader political and cultural wars are fought, over issues as far-reaching as gentrification to the role of the federal government in local affairs to the treatment of gay and transgender individuals. But they also have a unique capacity to rise above the fray, engender change, and unite the divided. Countless schools—sometimes fitfully, sometimes imaginatively, sometimes successfully—are trying to forge a new path. In Anchorage, Alaska, for example, a school-based program called the Newcomer’s Center aims to educate refugee and immigrant students from countries including South Korea, Guatemala, and Somalia, over time equipping them with the language skills and confidence to transition fully into mainstream schools. The ease and grace with which children connect and support each other at the Newcomer’s Center, home to an ever-changing kaleidoscope of cultures and languages, should be a lesson to us all.

Our schools face two central challenges as they diversify. First, how do we train and retain educators to relate to students from a broad range of racial, cultural, socioeconomic, and linguistic backgrounds? More than 50 percent of public school students are now low-income. One out of 5 speaks a language other than English at home. And nearly one quarter are foreign-born or have at least one foreign-born parent. Meanwhile, about 80 percent of America’s public school teachers are white—down from 86 percent 20 years ago—and more than three-quarters are female.

As public school students diversify, qualities such as empathy, self-awareness, open-mindedness, and understanding are more important than ever in our teachers—just as they will be for all of us in an increasingly diverse society. Teachers will need to have the capacity to serve not just as instructors but also as cultural brokers and social leaders, aware of their own biases, empathetic when confronting difference, comfortable with change.

In 15 years covering public schools, I’ve met scores of dedicated, inspiring teachers. But I’ve also seen educators fail to connect a child’s moodiness or fatigue to her homelessness and hunger. I’ve seen teachers devalue their students’ culture and language—arguing, for instance, with a child over whether the common New Orleans expression beaucoup (slang for “a lot”) is an actual word. I’ve seen them underestimate and undervalue the power of family in poor communities, assuming that low-income children come from broken homes or have unreliable parents.

Our teachers, most of them hardworking and committed, can’t be everything to every kid. But we all pay a price for a lack of tolerance or understanding in the classroom. It ripples into society, chasing children as they enter young adulthood. If a child acts out because he is hungry, for instance, and receives punishment but no support, he can grow alienated from schools and learning, reducing the likelihood that he will thrive in work or in life.

There’s a second, even more complicated trial confronting America’s rapidly diversifying schools: How can we create integrated school communities at a time when many white parents, long accustomed to various forms of privilege and preference, fear their children being in the minority, and when schools already struggle to meet the needs of diverse students and learners?

Sixty years ago, when school desegregation began, white families fled public schools en masse, decamping to private schools and suburban communities. Throughout parts of the south, whites formed so-called private “segregation academies” well in advance of desegregation orders to avoid white children mixing with black children. In New Orleans, all but two white families left within hours of the first black students enrolling at two of the city’s elementary schools in 1959. In Boston, residents responded violently to forced bussing that aimed to integrate the public schools.

Today, countless suburbs that were once almost exclusively white offer some of the greatest hope for school desegregation as their populations diversify and schools tip to majority-minority. But that shift has led to a new round of white and middle-class flight in some communities, as families leave for whiter, wealthier suburbs or private and charter schools. “Integrated communities in the United States have a hard time staying integrated for more than 10 or 20 years,” write Myron Orfield and Thomas Luce in their 2013 report “America’s Racially Diverse Suburbs: Opportunities and Challenges.” And the resegregation of black and brown families typically leaves their communities with fewer resources, more concentrated poverty, bleaker economic prospects, and less societal support.

At the grass-roots level, whites’ fear of integration endures, as evidenced by the persistence of the segregation academies and the recent growth of disproportionately white charter schools in some communities.

And at the policy level, support for school integration has waned in recent decades. Public officials in numerous districts across the country—including Pinellas County in Florida and Wake and Mecklenburg counties in North Carolina—have retreated on policies that promoted school desegregation, leaving their schools more racially unbalanced and unequal. And the U.S. Supreme Court invalidated voluntary school desegregation plans in a 2007 decision, making it much more difficult for public school systems to use a child’s race in school assignment decisions. Alarming new federal data released on the anniversary of Brown v. Board of Education in May showed that the number of students attending high-poverty schools with mostly black and Hispanic children more than doubled between 2000 and 2014.

The challenges of school integration and preparing teachers for new and changing student demographics will require both policy solutions and human solutions, changes in the ways Americans relate to and think about each other on a daily basis. On the policy end we’re falling short, paying lip service to the importance of desegregation while far too rarely attempting to accomplish it. Yet there are some promising small-scale efforts, many led by grass-roots coalitions, which aim to bring together students of differing backgrounds and needs across the country. Those include a growth in “diverse-by-design” schools in cities including New Orleans, Brooklyn, and Washington, D.C.—schools that strive to reflect the diverse demographics of their surrounding communities. We can learn a great deal from these efforts while simultaneously advocating for broader, more systemic change.

In Tomorrow’s Test—a collaborative series from Slate and Columbia Journalism School’s Teacher Project—we will tell 11 stories about America’s changing face as glimpsed through its classrooms. The pieces stretch from Alaska to New Orleans to Los Angeles to rural Montana to suburban Milwaukee, and they focus on human narratives: families and educators grappling with race at a moment when the country as a whole has passed a demographic milestone. In none of their individual stories can be found a simple, single answer for how to improve our schools. But together we hope they will inspire and challenge us to confront racial segregation and alienation—what W.E.B. Du Bois described in 1903 as the problem of the color line—in our classrooms and beyond. More than a century later, much work remains. But it’s not too late.

Tomorrow’s Test is a weeklong series looking at the challenges, tensions, and opportunities as the United States shifts to a majority-minority student population in its public schools—a milestone the country as a whole will reach within the next generation. It is a collaboration with the Teacher Project at Columbia Journalism School, a nonprofit education reporting fellowship.